Why the print industry is more important than ever

In a world where everything is digital, and people can access information from the comfort of their home on their mobile phone, it is not hard to see why some people claim “print is dead”, however the printing industry is more important than ever to the UK economy, and we’ve got the proof.

The size of the UK printing industry

Currently, the UK is the fifth largest producer of printed materials in the world, behind the likes of Germany, Japan, China and the United States, with a turnover of over £14billion in 2018 alone.

There are over 110,000 people employed in jobs in the printing industry, from just under 8,000 printing companies here in the UK, according to ONS data.

These printing manufacturers provide services to most sectors in the UK economy such as the government, retail, healthcare, education, travel and more. They’re also responsible for a huge amount of trade, exporting just over £3.1billion of printed products in 2018, and importing around £2.4billion, meaning that the UK printing industry is making a significant positive contribution to the UK’s trade balance, with £742m in 2018.

Why are printed materials still important?

While there’s no doubt that the internet takes the lion’s share (51.9%) of the UK’s advertising expenditure, the second biggest sector is printed media, which took 22.3% of £23.6billion worth of advertising spend in 2018, beating TV and radio advertising, and spending is only forecasted to increase year on year.

The impact on ROI

According to an ROI study by newsworks.org.uk, print advertising can have a huge impact on ROI, with print media boosting overall ROI by 3x on average, however in some sectors such as finance it can be as much as 5.7 times, meaning it would be foolish to overlook print as part of any marketing campaign.

Which sectors are printing products produced for?

Printed products are produced for several different sectors; these are broken down by turnover share below:

With so many different aspects of our day-to-day lives still heavily influenced by print, it becomes more apparent that print is far from dead.

The different types of print and where they’re used

There are several different printing methods, which are used for different purposes depending on the material being printed on and the size of the image. Below we’ve outlined the different types of printing and when you might see something that’s been printed in this way as you go about your day.

Sometimes referred to as ‘offset’ or ‘litho’ printing, is where the image is placed on a plate which is covered in ink, and the paper or material you want to use is pressed against it to transfer the image over. It is mainly used in the mass production of brochures, books or catalogues due to the speed in which high quantities of items that can be printed once the plates are created.

You may have heard the term “large format printing”, but if you’re unsure where you might have seen it; chances are you’ve already seen several examples today already.

Large format print is used to create large graphics, often for advertising or branding.  Examples of large format include billboards, graphics on the side of vehicles or even huge banners on the side of building, such as the example below outside Wembley Stadium: Flexo printing is often used for printing on packaging, due to the fact that packaging comes in all shapes and sizes, and flexographic printing allows for printing on uneven surfaces. A flexible printing plate is wrapped round rotating cylinders, which rotate at speed to transfer the image onto the material.

Flexographic printing is used on several different items that you will come across daily; such as:

A perfect example is the packaging on most items in a supermarket, such as the items on the display on the stand below will have been created using flexographic printing. Digital printing differs from other print methods in the fact it doesn’t use plates – instead, digital printing presses transfer the image directly onto the material being printed on. Files from a PC can be transferred via a laser or inkjet printer, meaning that there’s no need for plates or dye, and that there are fast turnaround times between the production of the image and printing onto the item.

Digital printing is perfect for small or one off jobs, and is often used in the likes of the creation of marketing materials, contracts, handbooks etc., but it can also be used in promotional items such as t-shirts, mugs etc.

Depending on the material being printed, screen printing can also be used for some items that you could use digital printing for.

Digital printing is widely used in retail, for example any time you see a display or signage in a store, and chances are that digital printing has been used, such as the example in Manchester airport below:

Screen printing uses a mesh screen to transfer the image to another material, pushing the ink through a stencil, and is often used in fabrics and clothing (such as custom t shirts, tote bags etc.)

Screen printing can produce a variety of colours, especially on darker fabrics, so is still extremely popular, and it also allows the printer to re-produce an image several times – perfect for staff uniforms or producing t shirts in bulk. Below is an example of what a screen printing stencil looks like: You’ve probably heard of 3D printing, and although it has become more popular in the last few years, it has actually been around since the 1980s, producing items such as children’s toys or prototype models for the manufacturing industry. A 3D printer produces several miniscule layers on top of each other, onto a special plastic compound, using computer aided design (CAD) software.

More recently 3D printing has been used in engineering to create parts for racing cars, or artificial limbs in the healthcare sector – a world away from how it was initially used back in the 1980s.

With so many different uses for printing, and several different printing methods available, the printing industry has an exciting future ahead.

Print is here to stay

With so many uses for printing, and the numbers involved in the UK printing industry in terms of employment, turnover and export, it’s clear to see that print as an industry is only going to become more and more important in the future, with print advertising spend top £25billion in 2020 (according to the Advertising Association).

As technology evolves, so will printing, however there will always be a need for skilled people to help run the printing sector. We are currently recruiting for over 200 jobs in the printing industry, and what better time to be part of such a progressive industry? Get in touch with us today to see how we can help you find your next role in printing.

Read more of our blogs… 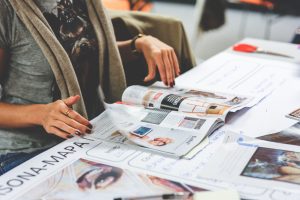 Why the print industry is more important than ever

In a world where everything is digital, and people can access information from the comfort of their home on their mobile phone, 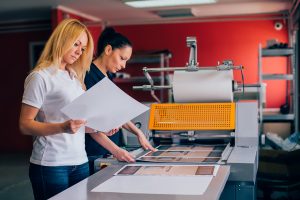 Different Careers within the Print Industry

If you’re thinking about your future career or considering changing careers, it is worth considering the print industry. There is such a 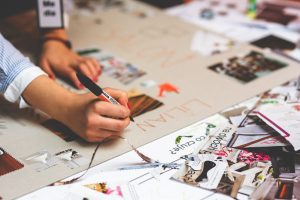 Advice for Getting into a Career in Printing

Do you have a creative side or a keen business brain or maybe a talent for design, then you may be interested

We often fill jobs before they’re advertised, get an email as soon as we get a new job matching your search criteria.

Please fill out the fields below, include a covering note if you wish and make sure to upload a CV document in docx, doc, txt or pdf format (10mb limit).

Please fill out the job specification fields below and attach your details spec in docx, doc, txt or pdf format (10mb limit).

Please fill out the fields below and we’ll be in touch at your preferred time.